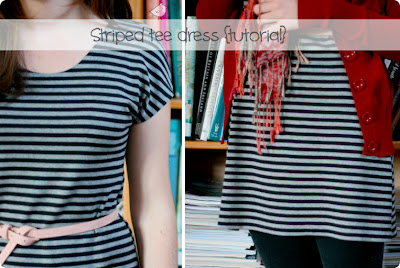 Some photos have been sitting on my harddrive since April, waiting to be posted. Since I finally have some time, here goes..

Excuse the poor photos, I tend to be a night time crafter..

All you need it a fabric of your choice, and the usual sewing stuff (thread, scissors, sewing machine/overlocker..)
I also used a T-shirt and dress to make a pattern out of newspaper. 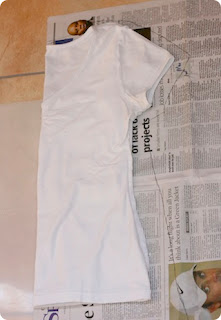 Find a T-shirt that you like, fold it in half lengthways and trace around it, allowing for seams. 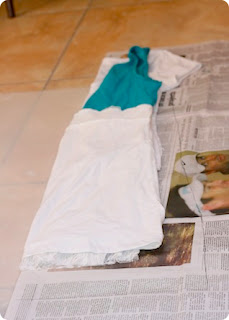 Then place a dress on top to trace for the skirt length and shape. I used this dress as my guide. 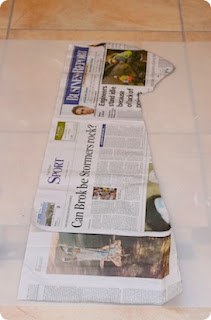 Cut out the pattern. 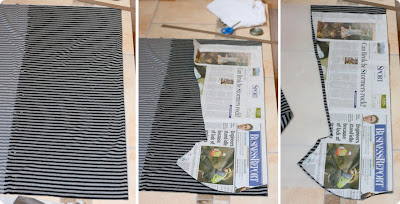 Fold your fabric so that one edge is in the centre (i.e. half your fabric is folded in half, with the other half unfolded). Place the newspaper pattern on the fabric, with the straight edge (centre line) on the fold of the fabric and cut out around the pattern.
Note: If you are using stripes you must try and match the stripes up as closely as possible when you are folding the fabric in half. This ensures that the lines will run straight across your bosy and not be skew. 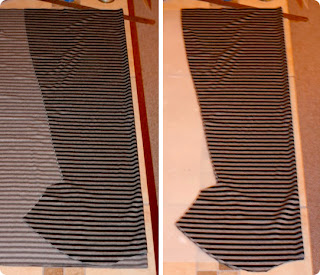 Repeat this with the second half of the fabric so that you have a back and a front to the dress. Here you can use either the pattern or the first cut out as your guide. 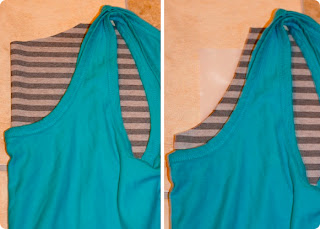 Take just one piece, the piece that will be the front of your dress and cut out a scoop for the neckline. Here I just used the neckline of the dress as a guide.
Note: This can be adjusted later, so rather cut off too little than too much. 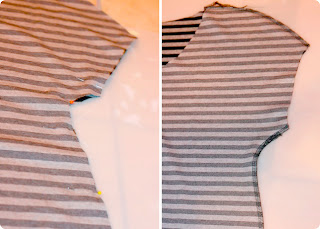 Pin the two sides together and then sew along the shoulder line and from the armholes down, on each side.

Then all you need to do it fit the dress on, adjust as you see fit and hem in whatever way you feel works best.

Here I simply folded the fabric about 1cm over and did a black herringbone stitch, which is invisible on the outside of the dress. 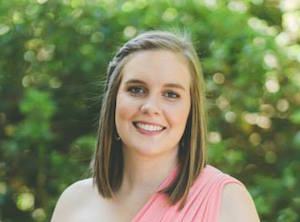 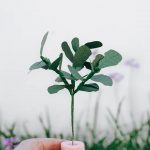 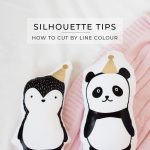 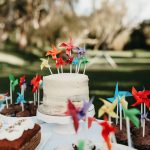